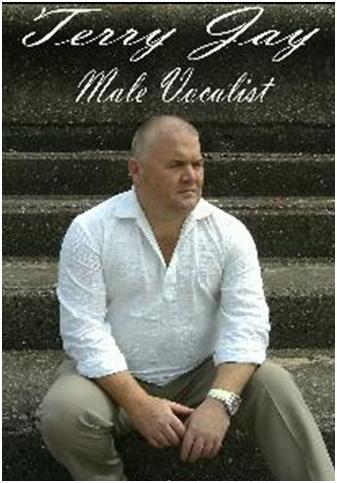 The video you are listning to was recorded at Quesada Club in August 2012 http://www.spain-info.co.uk/Costa-Blanca/Quesada/country-club.htm

Terry Jay, hails from Liverpool where he was born and bred he is a vocalist of the highest calibre and experience.

He has a wide vocal range and a varied repertoire ranging from standards from the fifties and sixties to modern day classics.

Terry has been performing in the Northern club scene for a number of years and has performed to large audiences both in the Northwest and North and mid Wales.

Terry has recently moved over from the UK and is now based in the Costa Blanca where he performs to local audiences.

Terry has tastes and musical influences which are mixed and varied, however he has been likened to Matt Monro due to the depth of resonance in his voice.

His stage show takes you on a journey through your memories, and may remind you of some forgotten tunes and maybe give you a few smiles along the way.

Terry’s finale will leave you breathless with his rendition of Nessun Dorma this is truly a highlight of a fantastic evening.

Terry Jay uses studio quality equipment during his performances and all his music is fully digitally reproduced to the highest professional quality giving the audience the full orchestral and musical experience so just sit back and enjoy the show.

Can also be seen on youtube at terry6853 once onto youtube you will be able to find his rendition of Nessun Dorma.

If you are looking for a Villa for your next stay on Quesada then try here http://www.daydreamvillas.co.uk/rental-spain-information-index/Ciudad-Quesada.htm Nice selection of private villas and apartments are available.