To describe the systems that support our lives in the West would be a very
complex subject that would take many years of study and resources. Our
whole country is one big system that has taken many years to be put into
place. Everything from introducing a new bill in the Commons to having a
pint of milk delivered to the front door needs a complicated and well
thought out plan to ensure its smooth and efficient running, so that our lives
can be as comfortable as possible. Remove these systems and we would be
left in total chaos.
Surprise, surprise, things in Moldova are different. I could start by
explaining the food chain. If one finds themselves without any money, then
one cannot buy any food so it may be best to start with the working
environment. One needs work to get money to be able to buy the food, but
to explain the employment situation one must look at the economy of the
country and subsequently the Government. As this is where the buck stops,
but a system can only be a system when it is continuous so the explanation
is made simple. There aren’t any.
Some people that do not work and a lot that do get paid by the government
mainly because there isn’t many privately owned businesses. The non-
workers can sometimes get money in the form of a pension depending on
what they did before becoming unemployed. But this is not extended to
many. Payments can also be made to families who have children in
education.
The system cannot work when the government runs out of money, which it
does, on a regular basis, and then people find that there isn’t any money for
them.
Sometimes they are without money for months on end. The acceptance of
the people with this problem is one that never ceases to amaze me, ‘we will
manage, and we have done so before’. Can you imagine the millions of
unemployed in our country not getting their weekly cheques, let alone the
millions of government workers? Within hours there would be cries to sack
the government, and within a day they would be. Not a chance here, if one
ever said anything bad about the government one would more than likely
find oneself with ‘big problem’.


A phrase that seems to be used in everyday life. There isn’t any
understanding from the leaders of this country if one fails to pay the rent on
ones state owned home, one is evicted. The monopoly on the people goes a
lot deeper than this; in 1990 the currency was roubles. One rouble would
buy a loaf of bread, milk, sugar and sour cream, and one could still be left
with some change. Rent was about sixteen roubles a month. With an
average wage of two hundred and fifty roubles a month, life was good. Then
came independence, and over night the rouble was devalued and along came
the Lei. The average wage then went to one hundred Lei a month. Rent was
then increased to seventy Lei. For one Lei it was now only possible to buy
one bottle of milk.
The only thing left to do for the government was to get their hands on all the
money that the people had saved all their lives which was in the banks. So
an exchange rate was set. One Lei = 1000 roubles. Everyone’s savings were
wiped out over night.
I wonder who spent their money before this law was passed?
The water supply is something else out of the dark ages. Undrinkable by
Western standards it is totally controlled by the authorities, also the gas,
electricity and heating. One week you could get only cold water, then the
hot would come on for a few days, and then off all together, most times
without telling the people when this would happen. The gas which most
households use for cooking is supplied by Russia, when the payments from
Moldova become overdue; Russia cuts off the gas supply. Electricity has to
be rationed and the heating does not come on until late autumn. Of course
all these supplies have to be paid for by the end user, there is one price for
the cold and then one for the hot water, but you have to pay for the cold
before it is heated. The scam does not stop there if, as in most cases one
cannot pay the bill because the government has not paid the people, they
just cut off the supply of gas, and add the price onto the electricity and then
onto the rent. A very good way to deal with bad debts and bad payers. In my
own short time here I have experienced no gas, electricity and water all at
the same time.


These basic requirements for mankind are in the control of people of power,
who haven’t any consideration or compassion for its people. They also with
hold wages for six months but still expect the people to pay the bills.
More surprising is the expectations of these people. Once when the
electricity was turned off without warning a woman was trapped in a lift
between floors, she settled down for the night when attempts to open the
doors failed. No fuss, no screaming just calm acceptance of her situation. A
minor example but one that has deep rooted implications. If one beats the
dog long enough, hard enough he will do your bidding, so do the people of
Moldova.
The corruption is deeply in bedded into the system, but people are too busy
surviving to take much notice. When medical supplies that are given by
Western countries as aid find their way into the street markets and not the
hospitals, no one says anything. Everyone knows, but no one cares, why
should he or she, they can do nothing about it. Who could they complain to
anyway, the police run a terror campaign ranging from robbery to torture?
One can buy most judges for a few dollars, those that cannot be bought are
terrorised and sometimes killed by the Mafia who are able to demand a
percentage from every business.
Moldova is a country thirty years behind everywhere in the West, it has a
policy of stealing from the poor and keeping it.
If we in England believe the gap between the rich and poor is getting bigger
here it could not be measured. Most people in a position of power abuse it.
The heads of education that take from everyone that can afford to give are
no better than the worst scum on earth. If a country abuses its children it is
not only stealing from the young, but also stealing its own future. For
without them, they have none.
To find an answer for anyone is hard, to find the solution will be impossible.
The biggest problem for most apart from food is the fact that there are no
choices. Students are coming out of the education system at an alarming rate
to find that there isn’t any work for them.


Most industries cannot be supported and if they could their products would
have to be sold at such a cheap price that there wouldn’t be any profit. In the
past this did not matter everyone earned the same and the richer parts of
Russia would support the poorer parts so as to maintain the status quo.
In the new era of capitalism the strong are leaving the weak far behind. This
new generation of confused youth with its knowledge of the better life in the
West have no way to use its energy, it is kept locked away unwanted and
not needed. How long this will be the case is uncertain, there seems to be no
organised anger, just individuals with the same problem. Maybe it will stay
this way forever, or maybe the history of their children will be marked by a
bitter conflict for freedom that for the people of today is impossible. 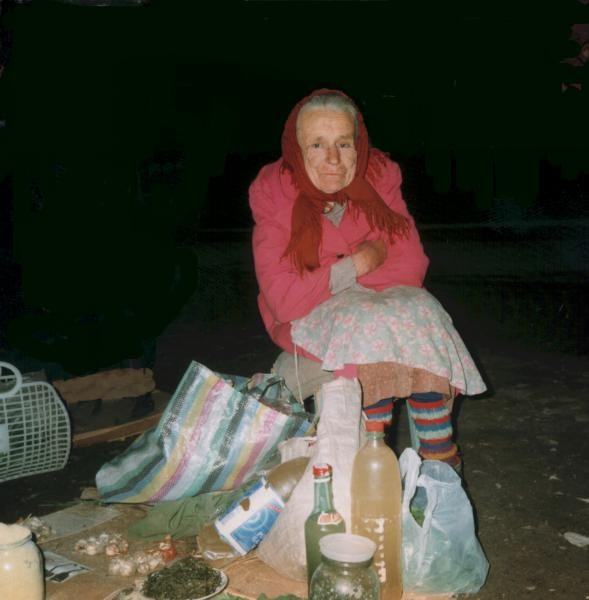